The Jeff Duff Blue Eyes White T-Shirt features a 100% Cotton fabric classic fit with a rib crew neck and self-fabric tape on the inside of neck and shoulders for improved stability. Our T-Shirts are heavy duty 190gsm ring spun jersey knit fabric with twin needle double stitched seams for great durability. Available in White or Black.

Grab a copy of the Bowie Unzipped Live CD! 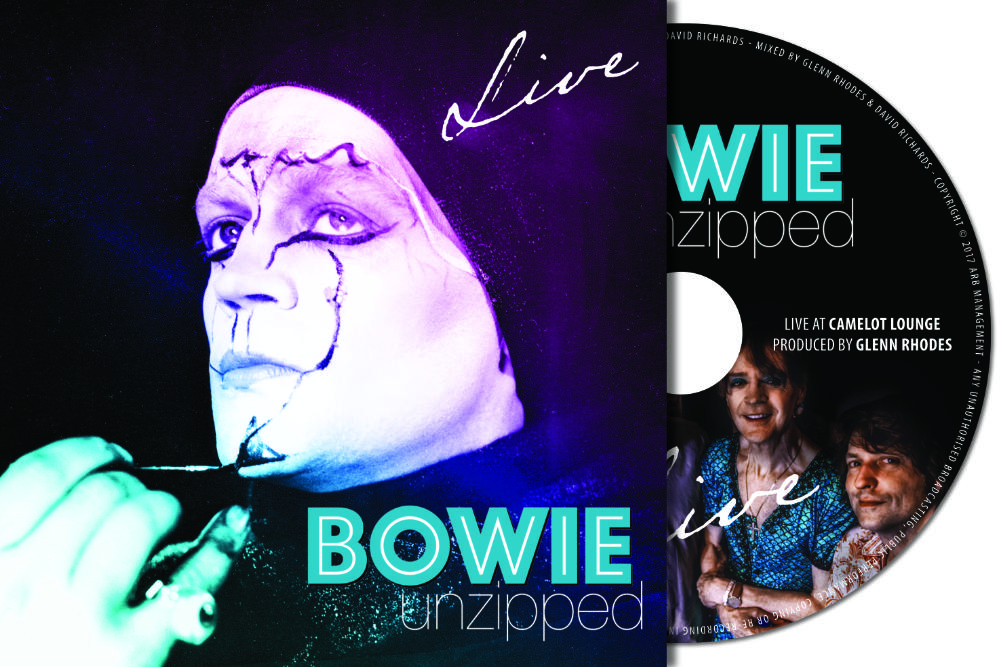 The Bowie Unzipped Live CD was recorded over three nights at The Camelot Lounge in Marrickville, Sydney in 2016, shortly after the untimely death of David Bowie. What was captured here on this recording was a band at it’s peak delivering an emotional and impassioned performance culminating in the third nights extraordinary performance, most of that night is on this CD.